Remember Him -- Truth is One

Simply remember Him as you go about your work, immersed in the life of this world.
Truth is One. The difference is only in appearance. We must reorient our views and values of ideas and thoughts, and thereby change our angle of vision about the Truth and its Manifestation.
Truth expressed is Truth expired. Truth can only be lived as mere Existence and never be as existent. To understand is to stand apart from It. To realize, is to fancy as real what is unreal.
Truth cannot be expressed, but only lived.
Truth harbors no injunctions, inhibitions or taboos.
Truth is negation of all fancied possession.
Truth is extremely elusive. Too much attachment for material objects and It gives you the slip.
Truth manifests through genuine hearts.
Love is the Essence of Truth.
Truth is One and Indivisible. Truth pervades the whole universe and It is within you too. There is no vacuum. The phenomenal world is a manifestation of Truth.
What is going on within your Self, that is Truth.
Nothing is to be shunned or assumed to have the Truth.
Truth is outside the reach of the mind.
Who will reveal Truth except Truth Itself?
Truth manifests Itself. 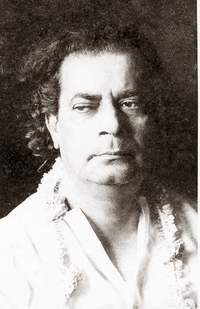 Truth is Existence. But, not inert existence of dead matter. Truth is living Existence. It is Existence as Vital Principle, though at the rock bottom even beyond that. Existence expresses Itself as Consciousness and Consciousness manifests Itself as Joy. That is the description of the basal Reality. This may be otherwise described in the inverse order as Self- Love, Consciousness as Identity and simple Vital Impulse respectively. The world is the Manifestation of that superabundant Self-Love, that overflowing Joy. He is All-Love.  Can He do without loving all of us? He is the world, its flora, fauna, and humanity. We are all His better halves, turned worse wholes through the knavery of our ego. We are in fact He Himself. It is the Supreme Will as the Vital Spasm that ushers in the Primal I, the Big I, and the world show. This Big I branches off into individuated small i's. This small i is not real, the Big I is the only Reality. So this He is the Big I. The small i is a reality in so far as it participates willfully in the play of the Big I.  But, the mind has sundered itself from the Big I, trying to usurp His Empire. That is our malady, the malady of the finitude of individuation, the malady of weighing anchor from the Nativity and as a result being storm-tossed in the uncharted ocean of endless want. But really speaking, we have no want. We are full to the brim. We are the Big I. Can He keep us in want? Our only duty is to submit to Him in trust and Love, and to do our mundane duties devotedly, without any sense of agency. Why you, I, or not even he (Dadaji) is an agent. It is His Joy that is the Real Agent. He resides in all of us as the Big I, in the form of the two sounds of Mahanam, ringing within us around the clock. When the two sounds coalesce into One, we are not as individuals. That is the philosophy of Truth, of the world, and of ourselves.
One Laksya (aim, goal), one thought, that is Truth. He is unfragmented. He is limitless. Even being unfragmented and limitless, He has entangled Himself into the limited, that indeed is His Leela (Divine Play) and His Joyous Manifestation. Manifest and unmanifest, both are together One.
One cannot make or unmake Truth. It dawns upon you and gets hold of your entire being. How can you leave Him behind? Your sense of leaving Him is rooted in Him. One who has this feeling can never leave Him.
People generally forget that to conceive of Truth in one's own image is to deceive oneself. Truth can't be achieved, Truth can only be lived. He is in you and you are in Him. It is our duty to let His Truth and Love be manifested through us.
The manifestation of Truth within the Divine Consciousness, or Universal Consciousness, has been personified in the image of Sri Satyanarayan. This brings Truth within the reach of human conception, and It is then known as God, Paramatma, Iswara, Allah, and so on. 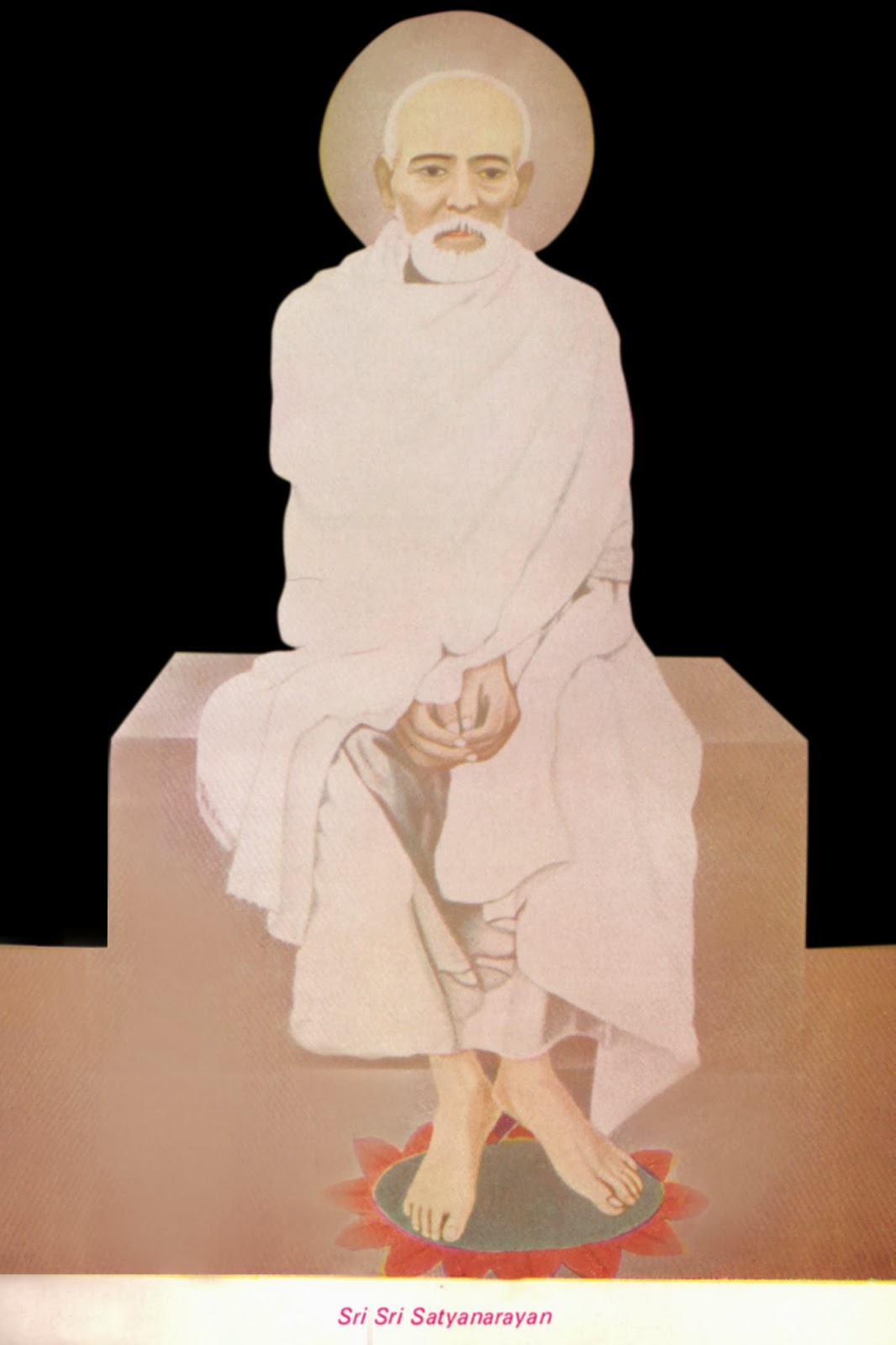 Satyanarayan is nobody. He is no body. He is only a symbol of Truth.
This is a reminder to you of your duty in establishing Truth. Truth is Self-manifested and the more you will follow Him, the more you will get peace and tranquillity. Truth is your only companion in this life and even beyond this. A person with limited intellect and senses boasts for whatnot without remembering that one's exit from this mortal body is inescapable. As your Dadaji, my only advice to you all is, just try to spread this simple Eternal Truth among the afflicted humanity. A person can do nothing. This much effort only we can make and the rest will be done by Sri Sri Satyanarayan.
Posted by Unknown at 04:54