Miracle is every breath.  The greatest miracle is our existence.
We do not understand the real meaning of Vibhuti. It has been all along misinterpreted.
You cannot realize the meaning of Vibhuti. The manifestation of Him, Who is Vibhu (Full) is Vibhuti. Vibhuti does not imply anything miraculous, supernatural or magic. The One desired to be many. That Will is His Power and that many are His manifestation. Substance is One.
The Divine performs all these (miracles), not I. But, I warn you all, do not take miracles to be anything but external happenings. They are extraneous. Once you have faith in Him, you must forget about miracles and go beyond them in order to reach the only Guru, the Self within you.
It (miracle) is superficial. Satyanarayan is the sole Truth. Dadaji is nobody, neither an agent, nor an instrument. The Supreme Will can make anything possible.
A wish rose up in Him. There is no credit or authority of this one (Dadaji). There is no loss or decay for this one. Do you think it is your Ashta Siddhi (eight acquired Yogic powers)? It just happened. It happens or it doesn't, what does it matter? 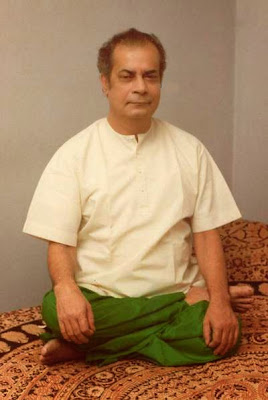 Your Dada has nothing to do with this (miracle). It is His Will that it always happens such. Unless one's ego is completely annihilated, it is even beyond dream to conceive of it.
They (miracles) are extraneous. They happen at His Will. They are not important for those who seek after Truth. Your Dada does not know how they happen. Dada cannot do anything. It is He, Who manifests Himself through Dada. Dada is just nobody.
If the slightest thought of authorship peeps in, then this person (Dadaji) would be finished. He has to walk a tightrope and cannot afford to depart an infinitesimal part of a hair's end from the  straight path. Dada knows nothing, does nothing. The Great Will manifests Itself.
Only the Divine Will manifests of Its own to make us aware of our true Divine Nature.
Miracles. This is also extrinsic. It has nothing to do with Spiritualism. Don't be swayed over seeing these things. It also happens to convince the scoffers and skeptics, not blindly but scientifically, that there is a Power above. If one knows the Root of the knowledge....to Him time and space are immaterial in materializing anything. 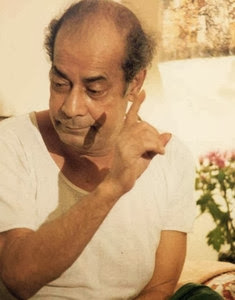 Out of nothing, nothing comes. Everything is there in its proper place in that universe. It is just the factor of time. Objects exist as such in space, which you do not know.
Miracle, this too is superfluous. By His Will rains pour down on a sunny, cloudless day. But Dadaji does not perform these things. He knows nothing. He has neither any hand, nor any credit.
Would you believe it that I do not know how these miracles do happen, nor have I any desire to know them. They simply happen without my willing them.
The manifestation of miracles is also extraneous. That has nothing to do with the spiritual development of the seeker. Such manifestations are meant to make the skeptics and the atheists believe the existence of the Divine Force.
Miracles belong to the exterior plane. 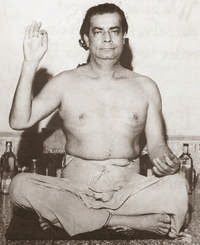 How do you explain this (miracle)? Do you think every fact or phenomenon can have a scientific explanation? Can human mind comprehend everything with its intellectual and reasoning faculties?
Dadaji 1983 Los Angeles They (miracles) are meant to turn one's mind from a non-religious to a religious path.
These are not my doing. They occur because they do. I am neither the agent, nor the cause, nor even an instrument in these matters. These are fait accompli (accomplished fact). This is Nature (Swabhava).
I do nothing (to heal the ill). I am absolutely nil here. They are cured when their respective Prarabdha (destiny) comes to an end.
What you call miracle is nothing. For getting to know Him as one's own, all this is not necessary. He is far above all this. What do you say then, when even after seeing so many kinds of supernatural manifestations, a person continues to remain in the same confusion? Even on witnessing so much, that person does not wish to know Him. Our consciousness does not wake up, even after so many experiences. One may say that person remains blind, under the influence of Yogamaya (Divine Creative Power).
The world is an escapable reality. Space and time each have infinite dimensions. Every segment of space is present in every other segment. Can't this place be Bombay or Benares? Every split second also is present in every other second. So space and time are both ubiquitous, every speck of them. In fact, time is a ceaseless duration and space an unfettered expanse. So an elsewhere and elsewhen reality appears as now and here. The Prarabdha (destined evolution) of space and time is supervened (when a miracle occurs). Matter is One, indistinguishable. It wears different looks on different occasions. There is no dichotomy of matter and spirit. They are one Integer that is the Sole Reality. It is the autocratic Will of Satyanarayan (Supreme Creator of Truth) the Ultimate Reality that is actualized in the form of miracles.
I am nobody. All these things happen at His Will. Try and find Him. 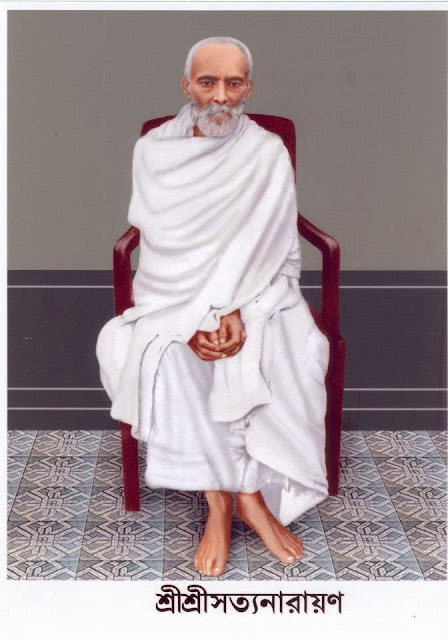